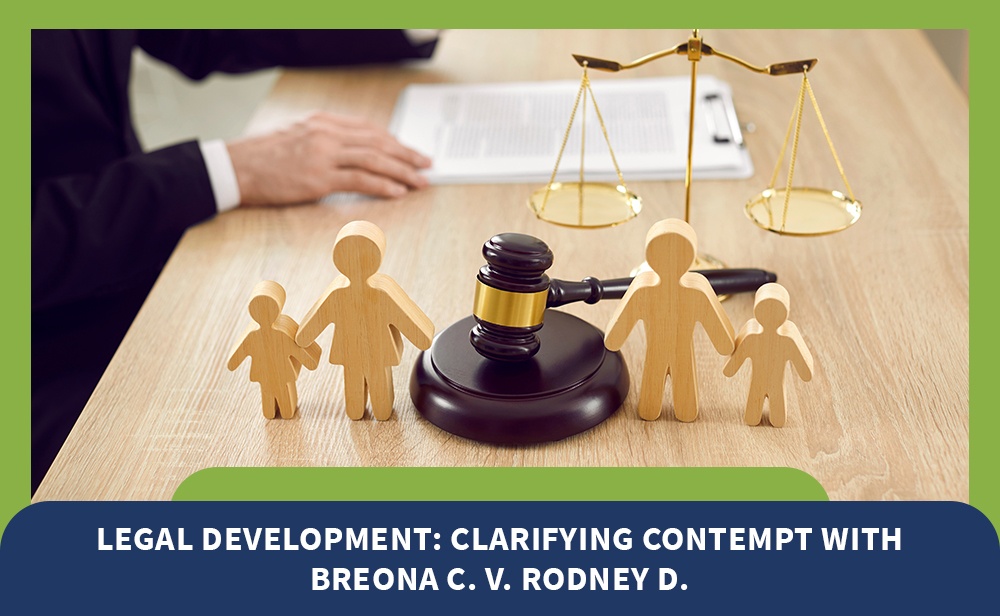 When a court order issues, it must be followed or willful refusal can be considered contempt of that court order.  Sometimes it’s called 'contempt of court'.

In Breona C. v. Rodney D., the alleged contempt involved child visits among separated parents, and it had been cured and resolved before the hearing was held about it.  The time from filings to a hearing date can take months unless there is a threat to life and special procedures are invoked.  The Court of Special Appeals ruled that, considering the coercive and remedial nature of the contempt process, at Md. Rule 15-201 et. seq., there was nothing for the court to coerce and so the matter should be dismissed.  In other words, the contempt was moot.  The hearing should have been dismissed rather than adjudicated about past problems, and the ruling below was vacated on appeal as a result.

I have handled two contempt trials in 2022 in Baltimore City and Baltimore County, Maryland. Presiding Judges may take different positions on what has been resolved or not.  The facts must be examined closely.  Legal advice and representation is advisable.  This being said, the rationale of the Court of Special Appeals encourages these matters be dismissed if the substance has been addressed.  As one colleague of mine also noted, the higher court may be motivated to stop some courts punishing parents for real disputes already resolved.

How do you prove contempt?  Documents always help.  However, if one party is simply not to be believed, this can establish contempt because the believable party's evidence establishes what occurred.  While that may be extreme scenario, in Rawlings v. Rawlings, the trial court found just that, and that finding was upheld on appeal.  362 Md. 535, 766 A.2d 98 (2001).

There, recounts the appellate court, the trial judge found the “Petitioner's testimony to be less than credible.  The trial judge stated that Petitioner's 'credibility is at least zero, perhaps minus.  So that you have a tendency to believe the opposite of what he says.’”  Id. at Md. 563.

In any contempt matter, Breona C. v. Rodney D. is a roadmap, including on the purge provision and sanction provision required, and not discussed here.

If you’d like to learn more about our remote consultations, feel free to reach out to Mosson Law, LLC.

Our founder and experienced attorney, Mr. Mosson, focuses on representing employees in claims of illegal discrimination, illegal retaliation, disability rights violations, severance negotiations, wrongful terminations, FMLA violations, and when seeking owed wages. He represents family members as well who are navigating the complexities of separation, divorce, custody, child support, and alimony. He also serves people seeking disability benefits from Social Security. His experience and knowledge in these areas of the law are vast and helpful to the clients he represents.